Organizational Biases: How To Avoid Working In Silos? Gaurav Goel, VP of Global Strategy at PepsiCo, joined us for World Strategy Day 2022 to talk about: “Organizational Biases: How To Avoid Working In Silos?”.

In his session, he shared his experiences working in multiple teams and roles in big companies where he constantly came across organizational biases. After all these years of experience, he has built and learned quite a few tools to first recognize and then adapt strategies to address some of these biases. And that is what he shared with us at World Strategy Day.

Let’s get into it! 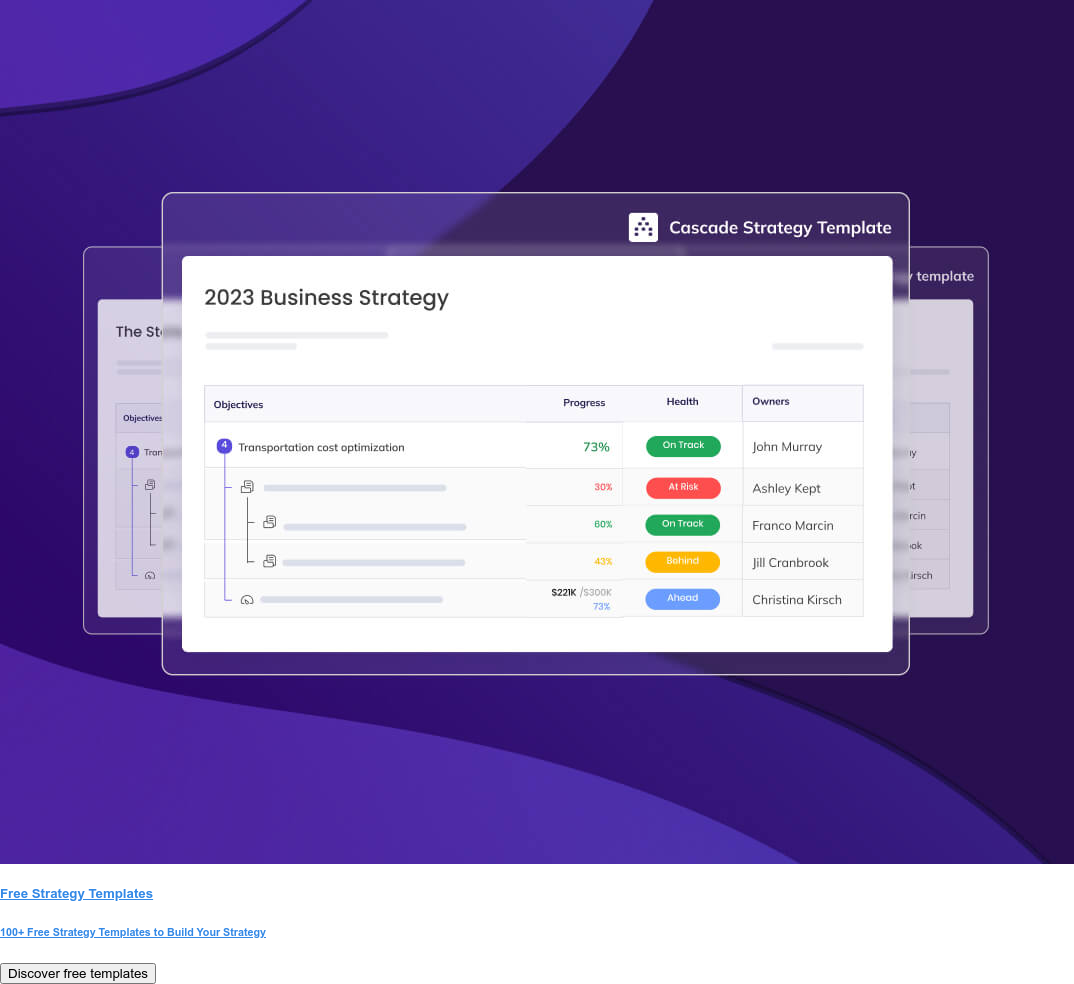 Biases are all around us

We are all hard-wired toward biased thinking! That’s a reality we can’t escape from. Gaurav often jokes that there are two kinds of people in this world: people that have biases and liars. Joking, but not joking, really…

First, we need to understand that there are different types of biases. Actually, many of them! But Gaurav summarizes them into mainly 5: For the sake of focusing on how to avoid working in silos, we need to dig deeper into one of these: Interest biases that can be seen as misaligned incentives.

This type of bias arises in the presence of conflicting incentives, including non-monetary incentives, and can be seen very clearly as misaligned incentives throughout different organization teams.

To understand if you have experienced interest bias, ask yourself: has it ever felt like you were in a tug-of-four at work?

This happens - a lot - between different teams and departments that are working in the same company and even share the same overarching strategy. But why?

Let's talk about innovation as an example. If marketers in your company are incentivized to generate 10 or 20% of revenue in the company from innovation, will it always align with the enterprise or the company's goal to maximize growth and profit? It may or may not. Right?

Let's look at another example. When R&D scientists in your company are incentivized, rightly so, to win blind product tests versus the competition, so they're able to design and generate a product that wins in consumer experience versus your competitors, does it always align with the company's profit goals? Maybe, maybe not.

The real reason is that designing incentives in an organization is just really damn hard.

It's not because of wrong intent or because organizations don't want to solve it. This is in spite of the organization solving for it. And that leads to misaligned incentives in some pockets of the organization. It's important to be aware that this happens.

So what does this mean for your strategy?

As we’ve seen, we can’t avoid these interest biases but we can work on avoiding the misalignment they create. And for this, Gaurav shares a framework with three simple steps that are important from the perspective of interest biases:

Let’s dig into some examples of how to adopt E2E mindset and thinking, and then apply relevant tactics depending on what phase of a project you're in.

Recommended readings: Strategy vs Tactics: What's the Difference Between?

It's essential to always frame your problem as an enterprise problem and take the time to articulate it at that higher level. Think of the key questions to solve from the perspective of the enterprise, your consumers, your customers, and the planet. Any functional silos should be led only after the fact.

And obviously, being consumer-centric and not forgetting your customer and the planet when you're framing the problem is extremely important.

When you're diagnosing the issue, you need to be holistic. Find the right balance: you need to be MECE, but with an answer first. A hypothesis-driven approach is generally the right solution for this. Because otherwise, you can just be doing a diagnostic for six months and never get an answer.

Really dig deep to get to the root cause, to the causation of it. Use a suitable tool - like Six Sigmas or 5 whys - to force you to continue to be inquisitive and dig beneath the surface until you cannot ask "why" again.

Recommended readings: Internal Analysis: What is it & How to conduct one.

The most important phase from an interest biases perspective is designing the solution. As you design a solution for the problem that you've now diagnosed, keep the following steps in mind.

Ask yourself this question first: can I articulate the measures of success for the strategic actions that I'm proposing? KPI design is hard, but ensure you invest the right effort in it.

This is where it gets exciting. Identify the externalities of your actions in KPIs. More often than not, local or individual incentives will have some externalities or unintended consequences. List them out. Take the time to talk to the experts who understand their areas to list them out.

Work on the realignment of those incentives and KPIs to make it work. Seek support from your leadership to assess new KPIs, if needed, to realign incentives.

Align & communicate with ALL stakeholders

We always say how important communication is, and this is no exception. Ensure you align and communicate with all stakeholders.

Do not hide the externalities. Communicate them transparently.

But most important, do not hide those externalities under the carpet. Transparency is key in this process because if you don't address it now or your organization's not willing to address those externalities now, no matter what you do, your execution has a very high probability of failing.